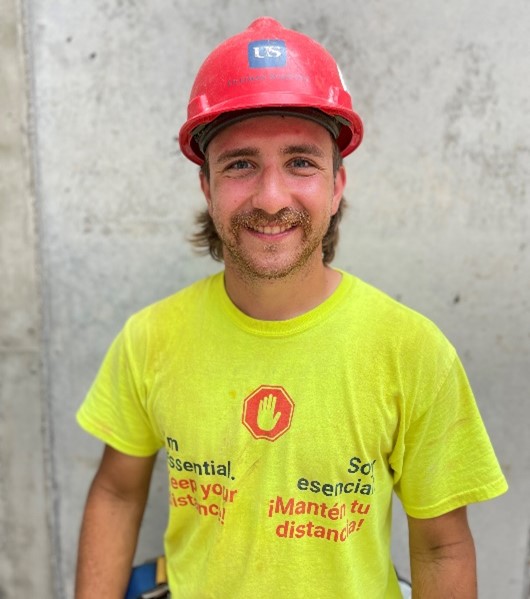 “My favorite thing about being a co-op at Ulliman Schutte is getting the chance to have all the different experiences in each term,” said Aaron Organiscak, an Environmental Engineering student from the University of Cincinnati.

Aaron has participated in five different co-op rotations with Ulliman Schutte and has been involved in many different aspects of operations.

“They let you pursue what you want to do and help you succeed by not pushing you too far and not holding you back. Ulliman Schutte lets you move at whatever pace you want and lets you do what makes you happy.”

Aaron told his supervisors at Ulliman Schutte that he wanted more exposure to hands-on construction work and to learn how to operate the heavy machinery on the jobsite. After being mentored by various superintendents and gaining that hands-on experience, he is now a qualified equipment operator. In recent terms he has even been entrusted with leading his own crew.

When deciding to pursue his Environmental Engineering degree at the University of Cincinnati, Aaron initially thought his career path would lead him to becoming a design engineer or a water inspector.

“I had no idea construction was even a possibility for an engineer,” said Organiscak. “I knew I wanted to specialize in environmental engineering, but I never knew that construction was a pathway for that. I didn’t expect to be able to do something as dynamic as what I am doing now, and after my co-op terms with Ulliman Schutte, I know that this is the career I want for the rest of my life.”


Back to Student Programs